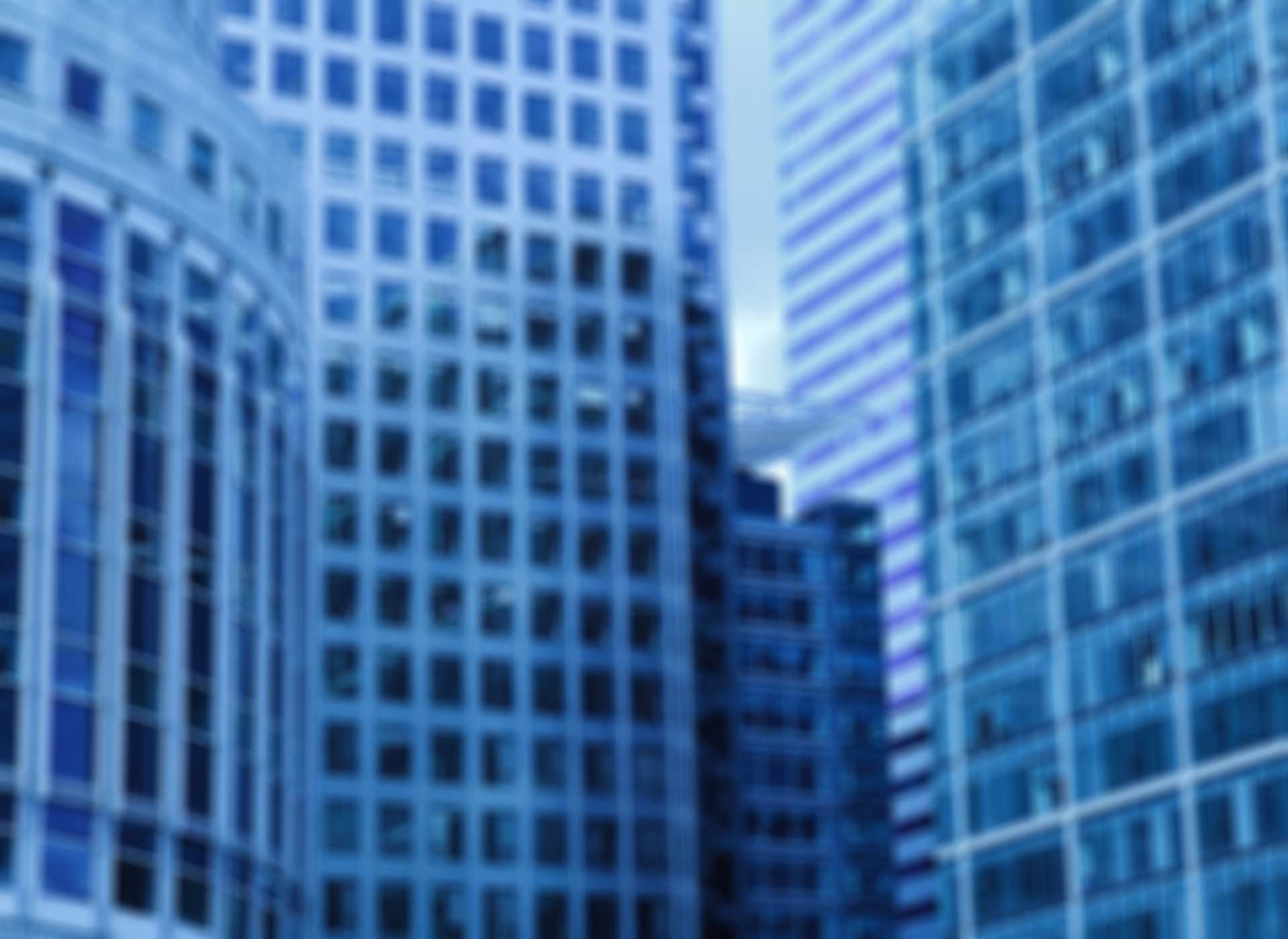 Are you an employee or an independent contractor?

Insurance journal released an article on July 16, 2015, discussing the six (6) factor test, which determines if an individual is considered an employee or an independent contractor. This test is also commonly called the Borello test, referring to the holding in S. G. Borello & Sons, Inc. v. Department of Industrial Relations (1989).

The six factors or questions in the “economic realities” test include:

Is the Work an Integral Part of the Employer’s Business?

For a construction company that frames residential homes, carpenters are integral to the employer’s business because the company is in business to frame homes, and carpentry is an integral part of providing that service.

In contrast, the same construction company may contract with a software developer to create software that, among other things, assists the company in tracking its bids, scheduling projects and crews, and tracking material orders. The software developer is performing work that is not integral to the construction company’s business, which is indicative of an independent contractor.

A worker in business for him or herself faces the possibility to not only make a profit, but also to experience a loss. For example, a worker’s decisions to hire others, purchase materials and equipment, advertise, rent space, and manage time tables may reflect managerial skills that will affect his or her opportunity for profit or loss beyond a current job.

On the other hand, the worker’s ability to work more hours and the amount of work available from the employer have nothing to do with the worker’s managerial skill and do little to separate employees from independent contractors—both of whom are likely to earn more if they work more and if there is more work available. The effect on one’s earnings of doing one’s job well or working more hours is no different for an independent contractor than it is for an employee.

Also, it is important not to overlook whether there is an opportunity for loss, as a worker truly in business for him or herself faces the possibility of experiencing a loss.

A worker provides cleaning services for corporate clients. The worker performs assignments only as determined by a cleaning company; he does not independently schedule assignments, solicit additional work from other clients, advertise his services, or endeavor to reduce costs. The worker regularly agrees to work additional hours at any time in order to earn more. In this scenario, the worker does not exercise managerial skill that affects his profit or loss. Rather, his earnings may fluctuate based on the work available and his willingness to work more. This lack of managerial skill is indicative of an employment relationship between the worker and the cleaning company.

In contrast, a worker provides cleaning services for corporate clients, produces advertising, negotiates contracts, decides which jobs to perform and when to perform them, decides to hire helpers to assist with the work, and recruits new clients. This worker exercises managerial skill that affects his opportunity for profit and loss, which is indicative of an independent contractor.

How Does the Worker’s Relative Investment Compare to the Employer’s Investment?

A worker providing cleaning services for a cleaning company is issued a Form 1099-MISC each year and signs a contract stating that she is an independent contractor. The company provides insurance, a vehicle to use, and all equipment and supplies for the worker. The company invests in advertising and finding clients. The worker occasionally brings her own preferred cleaning supplies to certain jobs. In this scenario, the relative investment of the worker as compared to the employer’s investment is indicative of an employment relationship between the worker and the cleaning company. The worker’s investment in cleaning supplies does little to further a business beyond that particular job.

A worker providing cleaning services receives referrals and sometimes works for a local cleaning company. The worker invests in a vehicle that is not suitable for personal use and uses it to travel to various worksites. The worker rents her own space to store the vehicle and materials. The worker also advertises and markets her services and hires a helper for larger jobs. She regularly (as opposed to on a job-by-job basis) purchases material and equipment to provide cleaning services and brings her own equipment (vacuum, mop, broom, etc.) and cleaning supplies to each worksite. Her level of investments is similar to the investments of the local cleaning company for whom she sometimes works. These types of investments may be indicative of an independent contractor

Does the Work Performed Require Special Skill and Initiative?

A worker’s business skills, judgment, and initiative, not his or her technical skills, will aid in determining whether the worker is economically independent. Even specialized skills do not indicate that workers are in business for themselves, especially if those skills are technical and used to perform the work.

A highly skilled carpenter provides carpentry services for a construction firm; however, such skills are not exercised in an independent manner. For example, the carpenter does not make any independent judgments at the job site beyond the work that he is doing for that job; he does not determine the sequence of work, order additional materials, or think about bidding the next job, but rather is told what work to perform where. In this scenario, the carpenter, although highly-skilled technically, is not demonstrating the skill and initiative of an independent contractor (such as managerial and business skills). He is simply providing his skilled labor.

In contrast, a highly skilled carpenter who provides a specialized service for a variety of area construction companies, for example, custom, handcrafted cabinets that are made-to-order, may be demonstrating the skill and initiative of an independent contractor if the carpenter markets his services, determines when to order materials and the quantity of materials to order, and determines which orders to fill.

Is the Relationship between the Worker and the Employer Permanent or Indefinite?

Another editor has worked intermittently with fifteen different publishing houses over the past several years. She markets her services to numerous publishing houses. She negotiates rates for each editing job and turns down work for any reason, including because she is too busy with other editing jobs. This lack of permanence with one publishing house is indicative of an independent contractor relationship.

What is the Nature and Degree of the Employer’s Control?

As with the other economic realities factors, the employer’s control should be analyzed in light of the ultimate determination whether the worker is economically dependent on the employer or truly an independent businessperson. The worker must control meaningful aspects of the work performed such that it is possible to view the worker as a person conducting his or her own business. And the worker’s control over meaningful aspects of the work must be more than theoretical—the worker must actually exercise it. For example, an employer’s lack of control over workers is not particularly telling if the workers work from home or offsite.

Technological advances and enhanced monitoring mechanisms may encourage companies to engage workers not as employees yet maintain stringent control over aspects of the workers’ jobs, from their schedules, to the way that they dress, to the tasks that they carry out. Some employers assert that the control that they exercise over workers is due to the nature of their business, regulatory requirements, or the desire to ensure that their customers are satisfied.

However, control exercised over a worker, even for any or all of those reasons, still indicates that the worker is an employee.

A registered nurse who provides skilled nursing care in nursing homes is listed with Beta Nurse Registry in order to be matched with clients. The registry interviewed the nurse prior to her joining the registry, and also required the nurse to undergo a multi-day training presented by Beta. Beta sends the nurse a listing each week with potential clients and requires the nurse to fill out a form with Beta prior to contacting any clients. Beta also requires that the nurse adhere to a certain wage range and the nurse cannot provide care during any weekend hours. The nurse must inform Beta if she is hired by a client and must contact Beta if she will miss scheduled work with any client. In this scenario, the degree of control exercised by the registry is indicative of an employment relationship.

Another registered nurse who provides skilled nursing care in nursing homes is listed with Jones Nurse Registry in order to be matched with clients. The registry sends the nurse a listing each week with potential clients. The nurse is free to call as many or as few potential clients as she wishes and to work for as many or as few as she wishes; the nurse also negotiates her own wage rate and schedule with the client. In this scenario, the degree of control exercised by the registry is not indicative of an employment relationship.

For a free consultation on this issue, please contact our office to set up an appointment with one of our attorneys. Our office phone number is (818)696-1415.